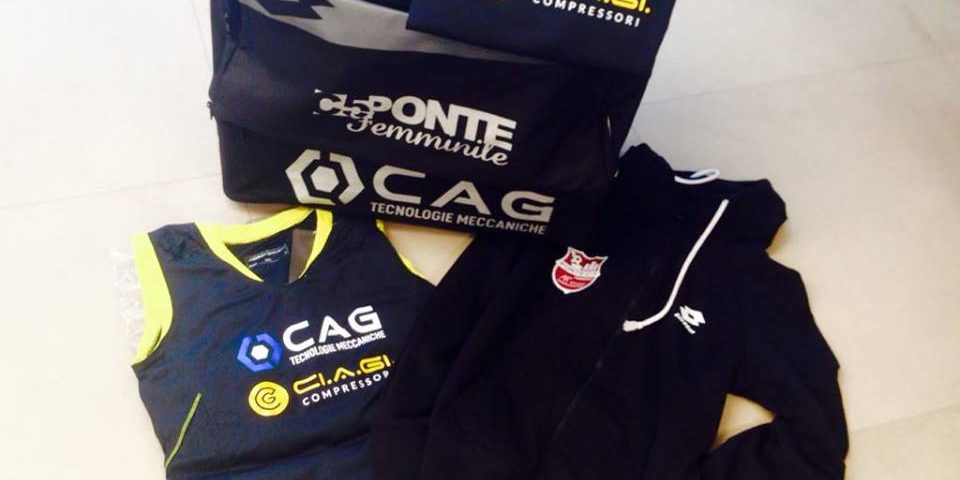 In order to consolidate its presence on the territory and with the aim of prove tangibly its support to the local sport reality, CAG has decided to start from this sporting season a relationship of sponsorship with a team which is one of a kind in for our province.

We deeply believe in the positive message that the sport communicates, as well as we believe in the courage and willpower of those smaller realities that have to struggle a lot to get the attention of the public, of the sponsors and of the local administrations. In respect of this believe, and after a considered valuation, we have decided to sponsor a local reality which is unique in our territory: The team of female indoor soccer AR STUDIO C/5 of Ponte Nelle Alpi.  Maybe our choice goes against the marketing strategies, because it does not provide the same visibility of marking that could offer a male soccer team, but it is surely a decision that fits perfectly our beliefs and which perfectly reflects our concrete determination to bet on small realities and on those that the more need to be supported.

Moreover, and not for nothing, we have deliberately chosen to support a female team. That is because our company, for the kind of working positions that offers, is purely male and most of our workers are men. For this reason, we have thought that the sport could be the right opportunity to give our support to women.

Therefore, this year everybody to Palamares in Ponte nelle Alpi to cheer the ladies of the AR STUDIO that surely will give us nice satisfaction thanks to the grit that they put in every game!